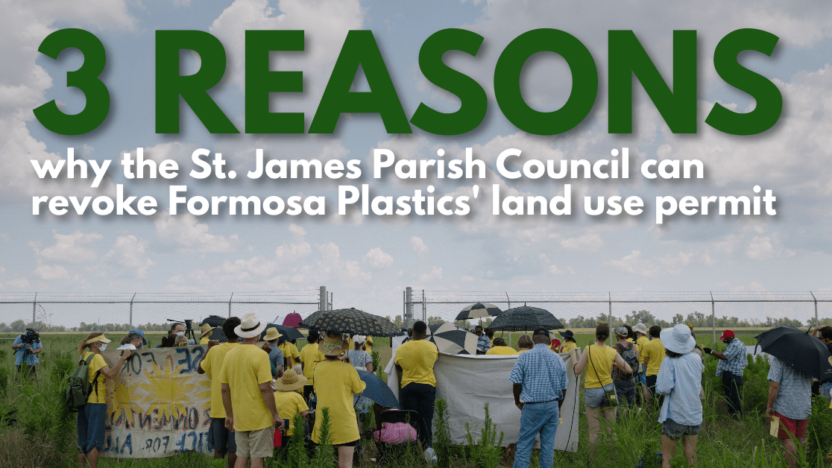 1. Lied About the Site Plan 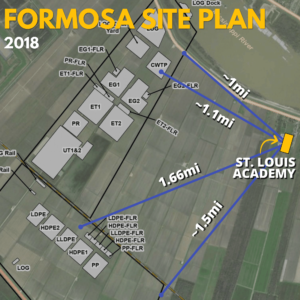 Above: Formosa site plan with distances from an active elementary school

Formosa discovered gravesites on its proposed site in July of 2018 but withheld this information from the Parish Council and the community throughout the land use approval process. Learn more here. 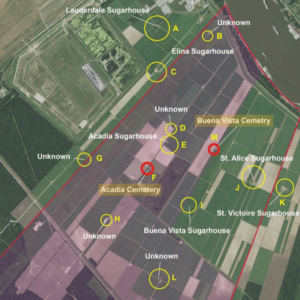 Above: Map of archaeological sites on & around the proposed Formosa Plastics site, including at least two plantation-era cemeteries. 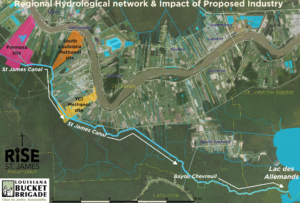 Above: The path of wastewater runoff from the Formosa Plastics site to Lac des Allemands.

June 25th, 2018: Formosa submits its initial land use application to the Parish.

Late July, 2018: Formosa consultants are alerted by the Louisiana Division of Archaeology of two now confirmed burial grounds on its site. Formosa withholds this information from the parish.

October 19, 2018: Formosa submits a supplement to its land use application, stating that “after consultation and discussion with the Parish” it “revised its plot plan” and “relocated some of its units…farther away from the new church and school.” The supplement included the exact same plot plan Formosa submitted in June—Formosa revised nothing.

January 24, 2019: St. James Parish Council approves Formosa’s land use application with no knowledge that the site plan has been left unchanged, that gravesites were discovered on Formosa’s site, and that Formosa’s complex would double toxic emissions in the parish.