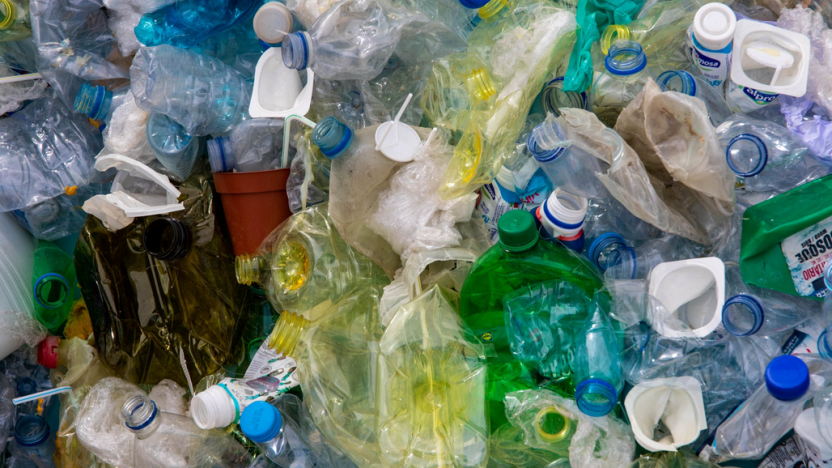 The Louisiana Bucket Brigade joined the Center for Biological Diversity and hundreds of other advocacy groups in a legal petition filed Tuesday, demanding strict new air pollution standards for plastics plants in the U.S.

The filing comes as residents in St, James Parish await a Dept. of Environmental Quality ruling on air permit applications by the Taiwanese conglomerate Formosa Plastics. Formosa wants to build a giant, $9.4 billion ethane cracker complex in St. James, and is doing so with $1.5 billion in state tax incentives over 10 years. This plant would double – even triple in areas closest to the complex – toxic emission levels in the parish, which already has heavy concentrations of petrochemical pollution.

The following news release was distributed Tuesday by the Center for Biological Diversity.

Rising plastic production in the United States is releasing toxic air pollution into neighboring communities and increasing carbon emissions, both from the plants and as plastic degrades in the environment.

“Plastic plants are poisoning our air and fueling the climate crisis, and the EPA needs to crack down on their pollution,” said Lauren Packard, the Center for Biological Diversity attorney who authored the petition. “Our oversupply of fracked gas is driving a boom in plastic production. This dirty industry spews greenhouse gases at every step, from leaky gas wells to the plastic pollution degrading in our oceans and landfills. That has to stop.”

Petrochemical plants are primarily located and proposed for low-income communities of color along the Gulf Coast and in Appalachia, such as Louisiana’s notoriously polluted “Cancer Alley.” Facilities are allowed to emit hundreds of tons of toxic and carcinogenic pollutants, including butadiene, acetaldehyde, benzene, and formaldehyde, which are known to cause respiratory, developmental and other health impairments.

“Using fracked gas to make yet more plastic manages to combine many of our environmental sins into one diabolical bundle,” said Bill McKibben, founder of 350.org , which has 14 chapters signed onto the petition. “And the first victims — of both the climate change and the air pollution — are the most vulnerable people on our planet and in our nation. It’s time to stand up to this disgusting and useless scam.”

The petition calls for the EPA to take five specific actions under the Clean Air Act:

Many of the groups supporting the petition have been fighting existing petrochemical plants and the nearly 300 new projects proposed around the country. Those include facilities owned by Formosa Plastics, which a federal judge recently found liable for routinely polluting Texas waterways with billions of plastic pellets just as it’s proposing to build a massive new plastics plant in St. James Parish, Louisiana.

“Plastic production is exacerbating the human rights violations that disproportionately impact low-wealth, rural and urban, communities of color,” said Yvette Arellano with Texas Environmental Justice Advocacy Services. “We have now survived back-to-back chemical explosions along the Gulf Coast, home of the largest petrochemical corridor. We still don’t know the full cost of inhaling the chemical ash and airborne toxics from these fires. The plastic industry is getting away with murder so we need better controls and enforcement. Plastic has created a public health crisis.”

“The glut of cheap feedstocks is driving a massive buildout of new plastic infrastructure even as the staggering costs of plastic production to human health, the environment and the climate have become impossible to ignore,” said Carroll Muffett, president of the Center for International Environmental Law. “The explosion of plastics is threatening communities from the fence-lines of petrochemical plants to the front lines of the climate crisis. Plastic producers have a duty to dramatically reduce those threats and EPA has a duty to ensure that they do.”

Petrochemical production is the fastest growing use of fossil fuels and is expected to soon surpass the transportation sector at the top. The creation of plastic causes adverse health impacts at every stage of production, from methane leakage during extraction and pollution from factories to plastic pollution in the environment and unintentional ingestion through food and consumer goods.

“The glut of fracked gas is fueling a plastics boom at a time when the climate crisis demands that we put an end to fracking and stop overproducing polluting plastics,” said Mark Schlosberg, political director with Food & Water Action. “The EPA needs to step up and do its job by regulating these toxic chemicals that pollute the air and contribute to the climate crisis. We need to transition to 100 percent clean renewable energy, not extend the life of these polluting industries that threaten us all.”

Plastic has been accumulating in our oceans for decades, with an estimated 8 million tons added every year, and it’s expected to outweigh all the fish in the sea by 2050. Environmental pollutants adhere to plastic as it travels through the ocean food chain, collects in ocean gyres or washes up on beaches.

The plastic industry has announced plans to increase North American plastic production by at least 35 percent by 2025. Some of the biggest projects are ethane cracker and polymerization plants, which mostly produce single-use plastic packaging designed to be immediately discarded.

In addition to the groups mentioned above, co-signers on the petition include Sierra Club, Greenpeace, Earthworks, Friends of the Earth, League of Conservation Voters, Food and Water Watch, and other national environmental groups; fourteen 350.org chapters and thirteen Indivisible chapters from around the country; Physicians for Social Responsibility, Alliance of Nurses for Healthy Environments and other public health groups; United Native Americans, inNative, and other social justice and indigenous groups; Labor Network for Sustainability and other labor groups; Interfaith Earth Keepers and other faith-based groups; and local groups actively fighting proposed petrochemical projects in their regions, including Healthy Gulf, Louisiana Bucket Brigade and TEJAS. A complete list of co-signers is available here.

The Center for Biological Diversity is a national, nonprofit conservation organization with more than 1.6 million members and online activists dedicated to the protection of endangered species and wild places.