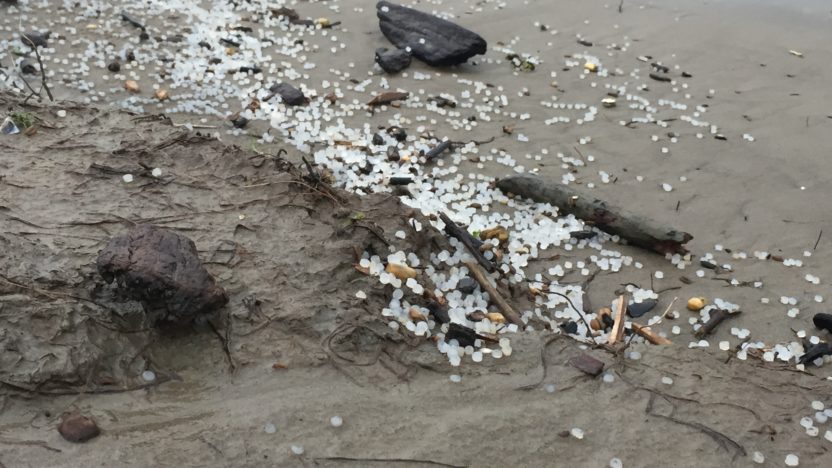 On Anniversary of Plastics Spill in Mississippi, Formosa Still On Hold

On the first anniversary of a plastic pellet spill in the Mississippi River, local advocates are calling for the Army Corps of Engineers’ suspension of the Formosa Plastics permit to become permanent. Last year’s spill of an estimated 743 million plastic pellets, known as nurdles, illustrated that the pellets can flow for miles downstream, a concern as Formosa plans to produce these pellets in St. James Parish near the Mississippi River and other waterways. Last year’s accident occurred during a storm when the CGM Bianca cargo ship was severed from its moorings at the Napoleon Avenue Wharf.

In the year since the accident, the New Orleans City Council passed a resolution introduced by Councilwoman Kristin Palmer to oppose construction of Formosa Plastics on concerns about plastic pollution. The Brennan family also released a letter objecting to the facility and the risk it poses to Lac des Allemands and the catfish that live there and source its restaurants.

At the time of the accident, oceanographer Mark Benfield of LSU called the spill a “nurdle apocalypse.” No agency at the state or federal level took responsibility for the cleanup, exposing that neither the state of Louisiana nor the federal government have a regulatory framework to respond to catastrophes involving the pellets. The ship sailed off to Egypt after the accident, and no government body has taken action in the past year. People who live along the river were cleaning up the pellets with buckets and brooms.

“I cannot believe that this state can even contemplate giving a permit to Formosa Plastics,” said RISE St. James President Sharon Lavigne, “when there is no plan for cleanup. A federal judge already fined Formosa for putting its plastic pellets into Texas waterways. This is what they would bring to Louisiana.”

The Bianca spill is seen as a cautionary tale for what could happen if Formosa were to be built. “The only people who tried to clean up last year’s spill were people who showed up on shore with buckets and brooms,” said Anne Rolfes, Director of the Louisiana Bucket Brigade. “The Coast Guard sat on its hands, and no Louisiana state agency stepped forward to handle the crisis. The Army Corps of Engineers should deny the Formosa permit because we are simply not prepared to handle these plastic pellets. If it doesn’t, this Bianca tragedy will be just the beginning of a plastic nightmare.”