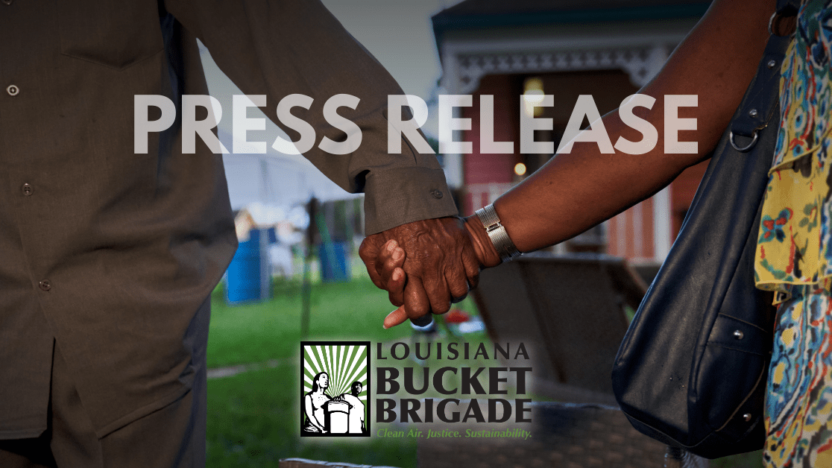 Travis Dardar, an indigenous fisherman in Cameron, will hold a press conference on his property, bordering Venture Global’s planned construction site for CP 2, and discuss the impacts of Venture Global’s Calcasieu Pass facility.

October 14th, 2022 Cameron Parish, LA — Travis Dardar has provided for himself and his family as a fisherman in Cameron Parish for 7 years, mostly harvesting oysters and shrimp. In January of this past year, when Venture Global started operating its Calcasieu Pass Export Gas Terminal, Travis immediately felt the impacts on his livelihood.

Before moving to Cameron, Travis grew up on the fast-eroding Isle de Jean Charles. He moved to Cameron as many of his friends and family left the island using resettlement funds from the state. Now, his new home and his way of life is being threatened once again.

Since it began operation on January 18th, 2022, Venture Global’s Calcasieu Pass Gas Export Terminal has released toxic flares almost constantly. Travis has personally experienced how these flares as well as the massive construction site and intensive dredging required for these terminals can wipe away his established local fishing community’s livelihood in a matter of years. To make matters worse, Venture Global is attempting to construct another gas export terminal, CP 2, right next to Travis’ property.

At the press conference, Travis will discuss the devastating impacts that the gas export terminal industry has had on him, his family and his community, as well as his fears of what a rapid expansion of the industry would mean for Cameron Parish’s fishing industry.

Developers such as Venture Global are trying to rapidly build out liquid natural gas export terminals along the Gulf coast in an attempt to capitalize on the ‘export boom’ caused by the war in Ukraine. However, these terminals are putting communities in danger, as evidenced by the explosion at Freeport LNG on Quintana Island, Texas. Gas export terminals are also credited with raising American energy prices, particularly affecting low and fixed income Americans.

On top of a recent report revealing that 25 impending liquid natural gas projects could spew 90 million tons of greenhouse gasses annually, investigations revealed that these companies often underreport their emissions,

There are currently three operating liquid natural gas export terminals in Cameron and Calcasieu parishes: Sabine Pass, Calcasieu Pass and Cameron LNG. There are proposals to build twelve more gas export terminals in Louisiana, and 25 nationwide. Local residents are pushing back against these terminals and calling for investments in renewable energy, such as wind and solar power, in an attempt to save their communities from the dangerous gasses these terminals release and the worsening effects of climate change they will cause.