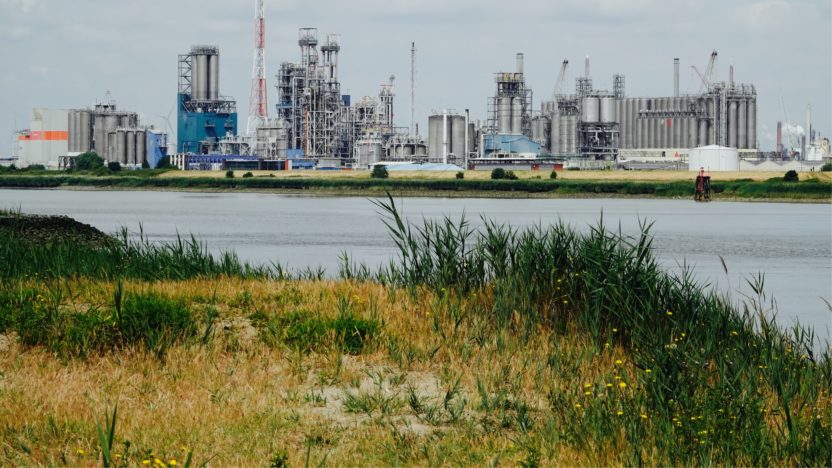 On Tuesday, January 26th, Governor John Bel Edwards announced that Shintech is planning a $1.3 billion expansion in Iberville and West Baton Rouge parishes. Governor Edwards’ ongoing support of the construction and expansion of foreign petrochemical companies that use Louisiana as a dumping ground furthers Louisiana’s status as a colony, in this case to the Japanese-owned Shintech.

The Governor’s announcement did not provide details of Shintech’s multiple expansions; the complex has expanded relentlessly since 2008.

The signatories of this statement will challenge ongoing expansions through every possible means for the following reasons.

The Shintech expansion announcement does not acknowledge the project costs. This project is yet another example of Governor Edwards and the Louisiana Economic Development office touting the creation of temporary jobs without ever accounting for the costs to human health, the environment, and the state budget. The state will be granting $6.6 million dollars to Shintech for this project. What if that money were given to small businesses in the parish? What might local people do with that money?

The Shintech expansions continue the state’s pattern of centralizing pollution in Black communities.

The Plaquemine facility is in a census tract that is 69.3% Black. The expanding plant has faced opposition from residents, where EPA modelling shows that toxic cancer-causing chemical emissions in the area are already double the Iberville Parish average. Due to air pollution, residents within a 3 mile radius of Shintech already have a higher cancer risk than 98% of Louisianans.* The expansion would mean that still more vinyl chloride, a known human carcinogen, would be released into the environment.

A state judge recently remanded Formosa Plastics’ air permit back to the Louisiana Department of Environmental Quality due to an inadequate environmental justice analysis. This expansion near Black communities shows the same flaws as the Formosa project.

The Shintech expansion would challenge the state to meet the goals of the Governor’s Climate Task Force. Expansions would increase the state’s climate burden by over 1 million tons of CO2 equivalent. There are 40 countries on the planet that emit less CO2 than this expansion.

There are more beneficial ways to create jobs. There is tremendous energy from our federal government, as exemplified in last week’s executive orders on climate change and environmental justice, to create jobs by solving the climate crisis. Nowhere is the potential greater than in Louisiana, with ample sun and wind for renewable energy, a coast that needs restoration and aging petrochemical infrastructure. There are over 20,000 abandoned oil wells in the Gulf of Mexico’s Outer Continental Shelf and in Louisiana’s fragile coastal zone. Hundreds of people could be put to work today to cap, clean up and remove these wells and the aging pipelines that are no longer being used.

Seven hundred people are being laid off from the shuttered Shell Convent refinery in St. James Parish. Temporary construction jobs like the ones proposed by the Shintech expansions do not provide long-term security for these families. A program to clean up and remove the petrochemical industry’s aging and abandoned infrastructure could provide permanent jobs for years.

It is time for our state to pivot to industries that will benefit our workers, our environment, and our future. We will work with local residents to challenge Shintech’s expansion every step of the way.