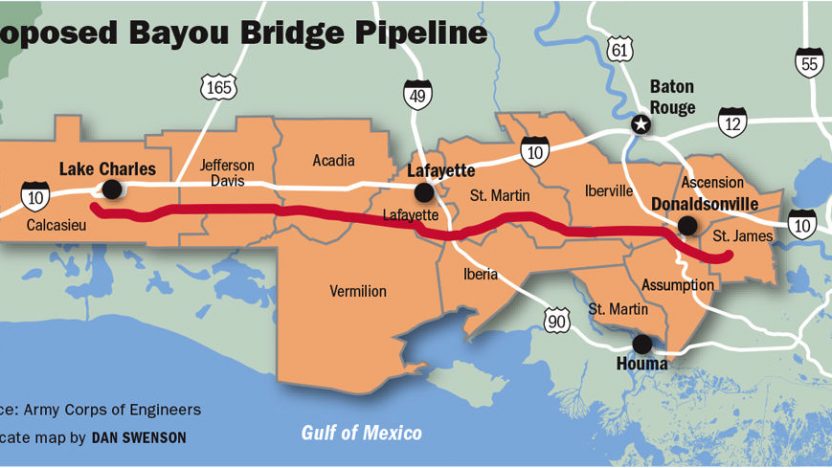 Environmental groups in Louisiana are gearing up to fight a proposed 162-mile oil pipeline that would cut through the Atchafalaya Basin, a project involving the same companies building the controversial Dakota Access pipeline between North Dakota and Illinois.