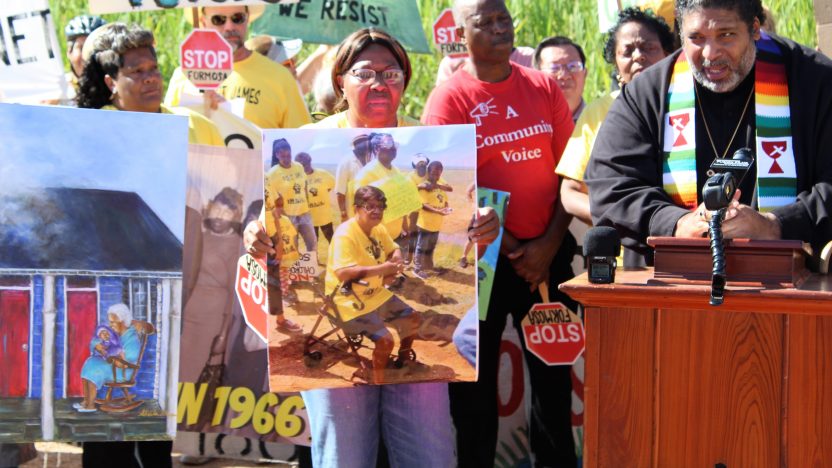 For the second time in two months the moral revival campaigner and civil rights leader the Rev William Barber has visited an area of toxic pollution in Louisiana known colloquially as “Cancer Alley” as he places the fight for clean air there at the centre of a national protest movement.

The North Carolina-based activist, thrust on to the national stage after the success of the Moral Mondays protests in his home state, joined a group of local demonstrators in St James parish, between New Orleans and Baton Rouge, on Wednesday as they rallied against a proposed plastics manufacturing facility nearby…

On Wednesday evening Barber argued the project was backed by “evil economics.”

“It comes down to greed,” Barber said. “You could take an area like Cancer Alley and focus on things that would fix the environment and put people to work cleaning up the mess. But it’s almost as if people decide ‘we just want money’. And then they decide who can we make the money off of that will give us the least resistance. It’s evil economics.”

Our thanks to Guardian correspondent Oliver Laughland for his coverage!