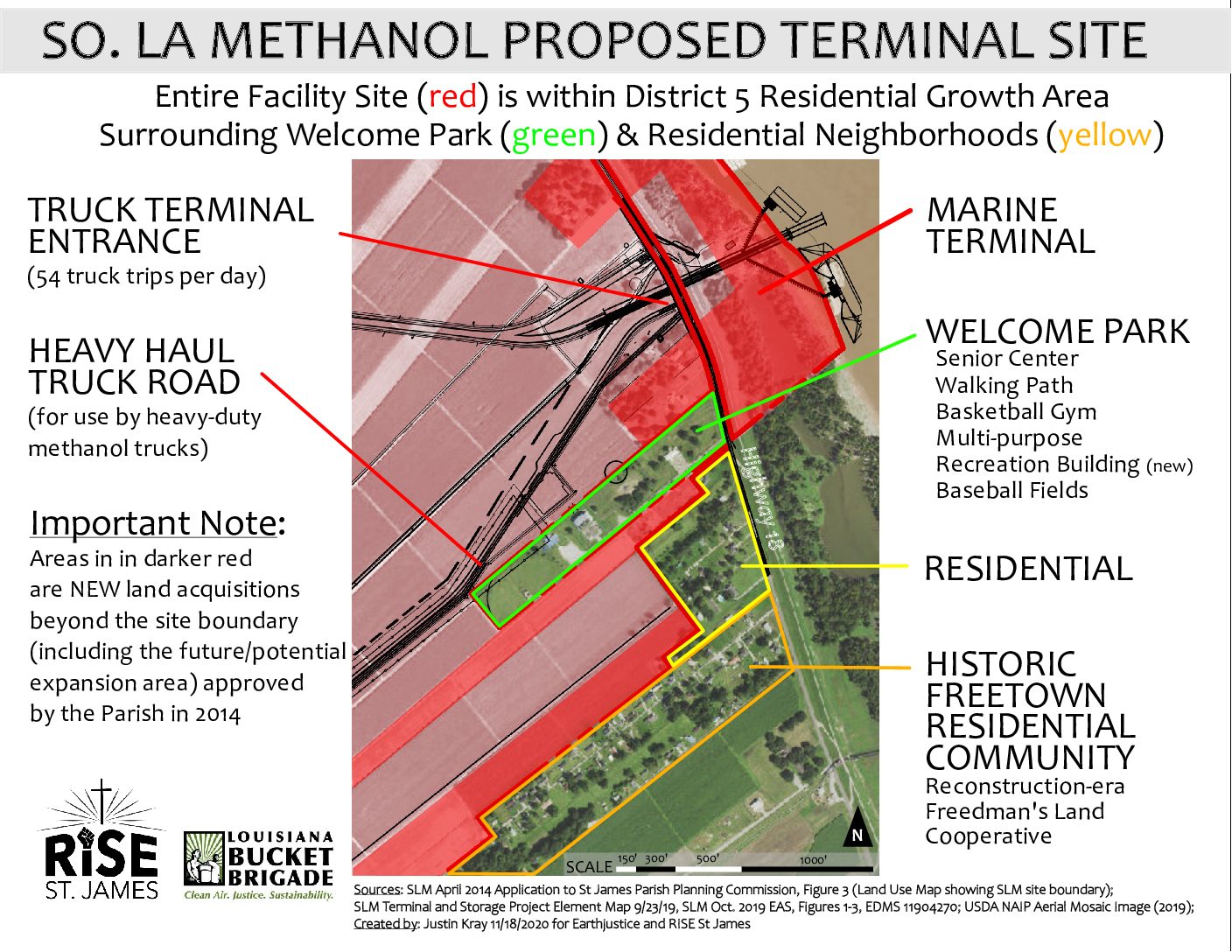 Like Formosa Plastics, South Louisiana Methanol (SLM) is proposed for the 5th District of St. James Parish. The facility needs permits from the Army Corps of Engineers and the Louisiana Department of Environmental Quality in order to be built. This is the status of those permits.

The proposed modification activities are all major projects on their own and have been declared by SLM to be essential to the viability of the project, making the piecemealed application and approval inappropriate and unlawful.

South Louisiana Methanol’s air permit has expired and it has not begun construction, therefore it is only lawful and appropriate that SLM apply for a new, comprehensive permit that includes a full alternative site analysis. It is clear that SLM is merely attempting to hold onto its 2013 air permit to avoid a full analysis of its project and ignore the St. James Parish Master Land Use Plan.

South Louisiana Methanol has likely lost any authorization under the Parish’s April 23, 2014 land use approval due to the failure to construct and operate. Several features of the project would extend beyond the “expansion area” on land that is designated as “Residential Growth.” Industrial uses are not allowed in residential growth areas.