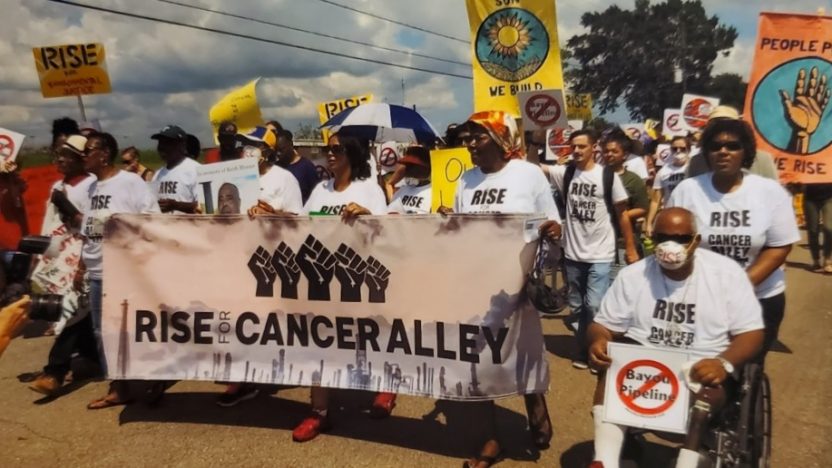 On behalf of the Louisiana Bucket Brigade, the Center for Constitutional Rights filed a public records request with the Louisiana Department of Environmental Quality (LDEQ) seeking records related to the then‐proposed Bayou Bridge Pipeline (BBP). The request was filed on December 6, 2017.

BBP is a joint venture of Energy Transfer Partners (ETP), the company behind the controversial Dakota Access Pipeline in North Dakota, and Phillips 66, companies with an alarming record of leaks, spills, and explosions. The company sought a water certification permit with the LDEQ for its pipeline which would run 162 miles from Lake Charles to St. James, through 11 parishes, approximately 700 bodies of water (including Bayou LaFourche, a source of drinking water for over 300,000 people), and the Atchafalaya Basin. The permit was granted on December 14, 2017.

LDEQ responded to the public records request with two sets of documents: 1/ The first set, provided on December 13, 2017, consisted of materials relating to BBP’s permit application and more than 24,000 public comments overwhelmingly in opposition to the project. 2/ After the Louisiana Bucket Brigade reiterated to the agency that its request included emails about the BBP, LDEQ delivered 192 emails and attachments on February 16, 2018.

The LDEQ also advised that it withheld some documents on the basis of the attorney‐client and deliberative process privilege.