About the Women of Cancer Alley Film 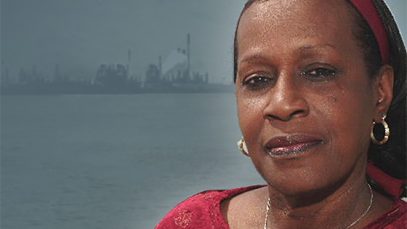 The Women of Cancer Alley is a first-ever collection of films made by a group of women who live adjacent to chemical plants, tank farms and refineries along the Mississippi River in south Louisiana. Seven two-minute films, made by the women in a workshop facilitated by the Berkeley based StoryCenter, depict the lives, concerns and activism of eight women. The project was organized by the Louisiana Bucket Brigade.

The Women of Cancer Alley film series highlights the leadership of women from communities along the Mississippi River in Louisiana, women whose homes and families face an onslaught of destruction from the petrochemical industry.

Though told from different points of view, the films explore common themes: the loss of home, health and even life because of oil and chemical pollution. The filmmakers range in age from 25 to 66.

Read about the women and watch their films by clicking on Biographies at left. You can also view the entire collection of films.

The Women of Cancer Alley are not limited to the eight women who made the films. There are dozens of Women of Cancer Alley who organize their communities and spend countless hours, at their own expense, in commission meetings and hearings, offering testimony to government officials who have never protected them or even acknowledged their concerns.

The Women of Cancer Alley are ahead of their time – women who understand that the petrochemical industry threatens the very existence of not only their communities but the state of Louisiana as well. They face head on the fiction that the petrochemical industry is the backbone of our economy. Week in and week out they are speaking the truth: that this industry impoverishes our state by making us sick, destroying property values, decimating our coast and bilking our state government via tax breaks and subsidies. State government brings out its biggest guns – the heads of agencies and even the Governor – to counter the women and boost an already rich industry.

Taking on the Powerful

The Women of Cancer Alley are visionaries who stand up to the corporate titans who have long controlled the government of Louisiana. They are in stark contrast to the people and organizations who shrug their shoulders and give up or, worse yet, repeat the oil and chemical industries’ false claims of economic development, claiming that we have no other choice.

The boosters of these industries claim that these projects benefit the state’s economy, that all boats will be lifted if yet another multi billion dollar chemical plant is built in the region. But if oil and chemicals are so good for Louisiana, why are we one of the poorest states in the nation? The child poverty rate in neighborhoods near these facilities often exceeds 40%.

The Women of Cancer Alley are asked to sacrifice their families and their homes so that white businessmen can make money. In St. James Parish, a planning commission hearing on the Wanhua Chemical Plant featured supporters from the Port of South Louisiana, the Louisiana Association of Business and Industry, Entergy, and GNO Inc. All of those who testified repeated the company’s claims of safety and good economics. They downplayed the health risks from emissions. Yet none of those who endorse the project will live anywhere near it.

While successive Governors have willingly and ignorantly endorsed unabated construction of polluting chemical plants as a primary economic engine in Louisiana, the Women of Cancer Alley have long realized this as dangerous. The films feature women in this day and age, but the work of the Women of Cancer Alley has gone on for decades. Today, we thank the women who have gone before us: Imelda West, Margie Richard, Albertha Hastens, Florence Robinson, Dorothy Felix and more.

The Women of a Cancer Alley are a group of women who live adjacent to chemical plants, tank farms and refineries along the Mississippi River in south Louisiana. Read more about them and watch their films by clicking on their names in the menu at left. 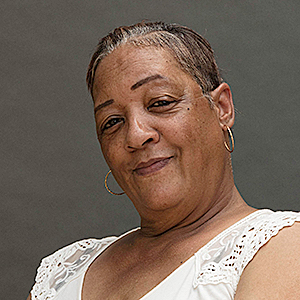 Cheryl Adams was born and raised in St. Rose, LA. A welder by trade, Cheryl has worked, lived and survived near chemical plants her entire life. Cheryl was involved in St. Rose Community One Voice, a local group whose goal was to reduce pollution from petrochemical plants that threatened the historic African American neighborhood. The group succeeded in stopping a tank farm expansion and shutting down a Shell asphalt refinery. 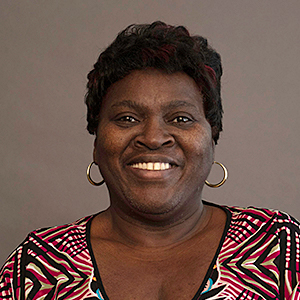 Iris Brown Carter grew up on Diamond Street in the Diamond neighborhood of Norco, LA, between a Shell chemical plant and a Shell Refinery. With family roots in the area for over 200 years, Iris faced the deaths of both her mother and sister from illnesses related to petrochemical pollution. She began fighting the oil and gas industries over 20 years ago as a member of Concerned Citizens of Norco. The group successfully pressured Shell to buy contaminated properties, but the families, including Iris, had to leave their ancestral homes. A social worker, Iris now lives in New Orleans and is treated daily for asthma. 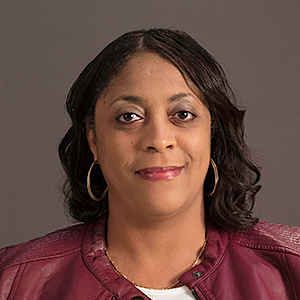 Shamell Lavigne was born and raised in St. James Parish and is the Program Administrator for the Louisiana Department of Human Development and Services/Ryan White Program which provides direct services to HIV/AIDS patients. A graduate of Southern University, Shamell is the daughter of Sharon Lavigne, founder of RISE St. James. Shamell has been active with her mother in fighting the industry’s poisoning the people of her community. 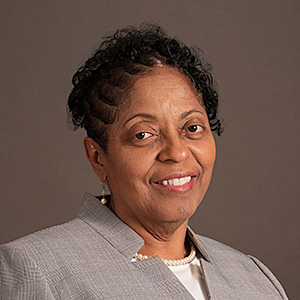 Sharon Lavigne is a teacher, a lifelong St. James resident, the founder of RISE St. James and the daughter of a civil rights leader. RISE St. James is a grass-roots Christian-based environmental justice organization fighting industrial development in St. James Parish. Recently, RISE St. James has been at the forefront to stop the proposed $9 billion Formosa plastics plant, a multinational petrochemical company that would make throwaway plastics. Sharon’s home is on land that has been in her family for four generations. 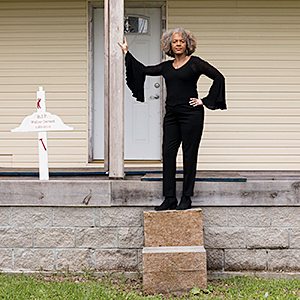 Lydia Gerard was born and raised in Reserve, LA. Lydia and her husband Walter were inspired to defend their home from the surrounding petrochemical plants in 2016 after learning that the Environmental Protection Agency found her region to have the highest cancer risk in the country. At the time, Walter had been diagnosed with kidney cancer and Lydia with an autoimmune disease. Lydia is active with the Concerned Citizens of St. John, a group that works to ensure the health and safety of the community while holding government officials and the industry accountable. Lydia lost her husband Walter to kidney cancer in June of 2018 and continues her work in his memory. 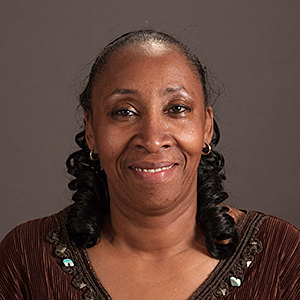 Liz Gordon is a Baton Rouge native who has lived in the shadow of the ExxonMobil Baton Rouge Refinery her entire life. Liz became involved in activism after the June 2012 chemical leak at ExxonMobil which sickened her community with nausea and respiratory, eye and skin irritations. Liz is committed to raising her voice in a community that has been stifled and hopes others will feel compelled to question conditions at the plant. Despite her concern that advocating will get her kicked out of her home, she continues to seek options for herself while raising awareness of the company’s grip on the area. 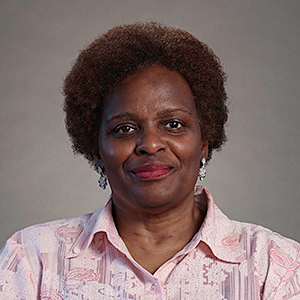 Genevieve Butler was born in Freetown in St. James Parish as were her mother and 9 siblings. Diagnosed with breast cancer, she lives with her mother on the property that has been in her family for generations. After leaving St. James Parish for college, she spent the next 15 years in the Navy doing stints around the world. She returned in 2008 after Hurricane Gustav destroyed her mother’s home and stayed to help rebuild. In 2014, when the Parish Council made her community an industrial zone, Eve began breaking out in puffy, painful rashes attributed to pollution. Eve is a member of the community-based environmental organization H.E.L.P. (Humanitarian Enterprise of Loving People) Association and together with the Rev. Harry Joseph, pastor of Mt. Triumph Baptist Church St. James has created a hub for environmental and pipeline resistance in the area. 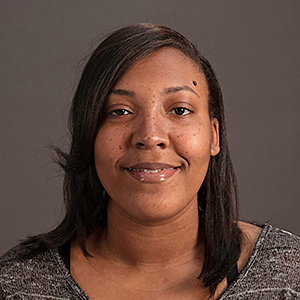 Ariel Williams is pregnant with her third child. Daughter of Liz Gordon, she has lived next to the ExxonMobil Baton Rouge Refinery since she was born. Ariel has seen the struggle first-hand of her neighbors who have died of cancer and wonders why officials continue to allow people to move to this area of Baton Rouge. Recently married, she is moving to Dallas in May 2019 to find a better place for her children. She is excited to move her family to a place where her children can play outside without clouds of chemicals in the sky.

Industry targets historic Black communities for so called development. Petrochemical plants destroy property values, and in communities along the Mississippi River, the Women of Cancer Alley have seen their wealth decimated by the polluting plants next door. There is no recognition or compensation to these families for the loss of their home and property. Iris Carter’s community of Diamond won a buy out of their properties contaminated by Shell, but programs like this are few and far between.

The chemicals emitted and proposed to be emitted by the petrochemical plants are among the most hazardous substances known to humans, including benzene, a chemical that is a known carcinogen and has been linked to childhood leukemia. St. John Parish, home to Lydia Gerard, has the highest cancer risk in the nation. Denka, a company that makes neoprene, is the cause of this risk. Ms. Gerard and her neighbors have formed Concerned Citizens of St. John to fight this

The common response from industry supporters is to blame the Black communities for their health problems, with suggestions about a healthier lifestyle and better diet. No lifestyle can compensate for living next to chemicals that cause auto immune diseases, respiratory problems, neurological problems and cancer.

The Women of Cancer Alley are standing up for the future of Louisiana. Just one proposed facility – Formosa in St. James – has reported to the state that it would release over 13 million tons of greenhouse gases every year. This figure does not include the inevitable leaks and spills that would release even more. In their work to reduce pollution and stop construction of new facilities, the Women of Cancer Alley are showing more foresight on climate change than all of Louisiana’s policymakers put together.